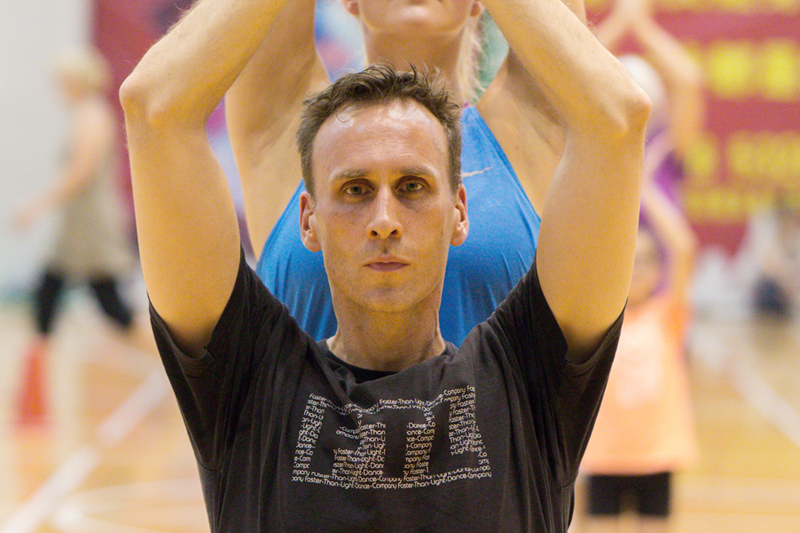 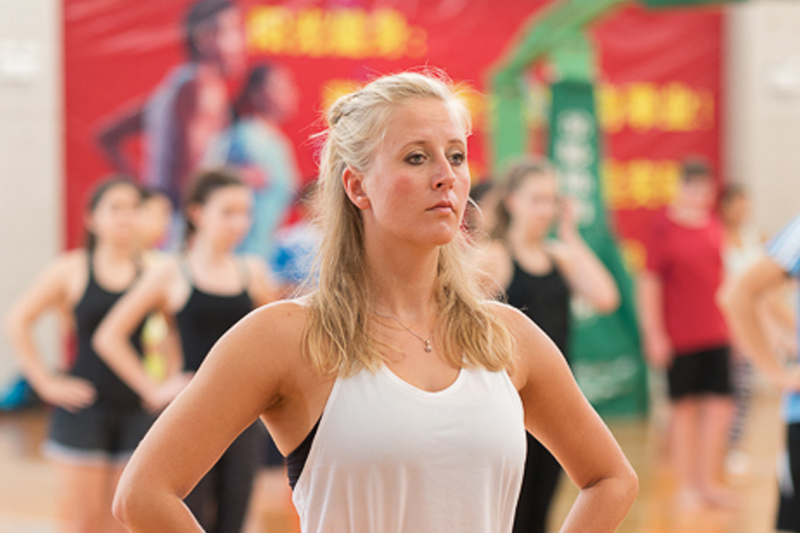 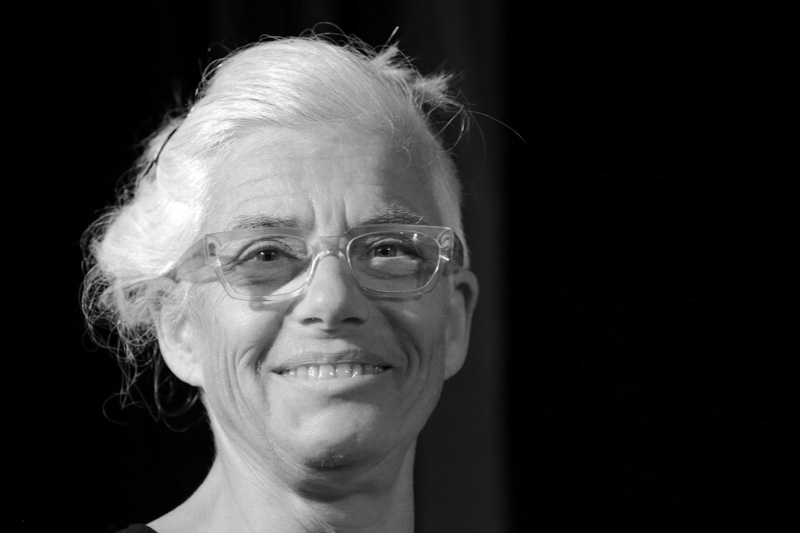 Ruth Pulgram, born in 1954, stage and costume designer, graduated from the University of Applied Arts in her hometown of Vienna. She has been designing in the world of opera and theatre throughout Europe since 1976, including for Wiener Kammeroper, Comédie de Genève, Festival d’Avignon, Opéra de Montpellier and Festival du Marais Paris.

Having met choreographers in 1988, Ruth went on to develop a special interest in contemporary dance, initially collaborating on production design.
Working independently, her creative output has grown into an artistic practice of making installations concerned with the paradox of capturing movement through the execution and presentation of quick sketches. Examples include UNIL Lausanne, Biennale de la Danse Lyon, ImPulsTanz Wien and DuoSoloDanse St.Louis du Sénégal.
Now with an established international portfolio, Ruth Pulgram has travelled all over Asia, Africa and South America, exhibiting work in several countries incorporating a variety of techniques and formats. In addition to exhibitions, her drawings interpreting texts through imagery have been published in limited edition collectors’ books.
Ruth’s collaboration with Royston Maldoom and Volker Eisenach began in 2003 in the Berlin Philharmonic Orchestra’s education projects and she worked with Mia Sophia Bilitza at Cologne Opera in 2011. 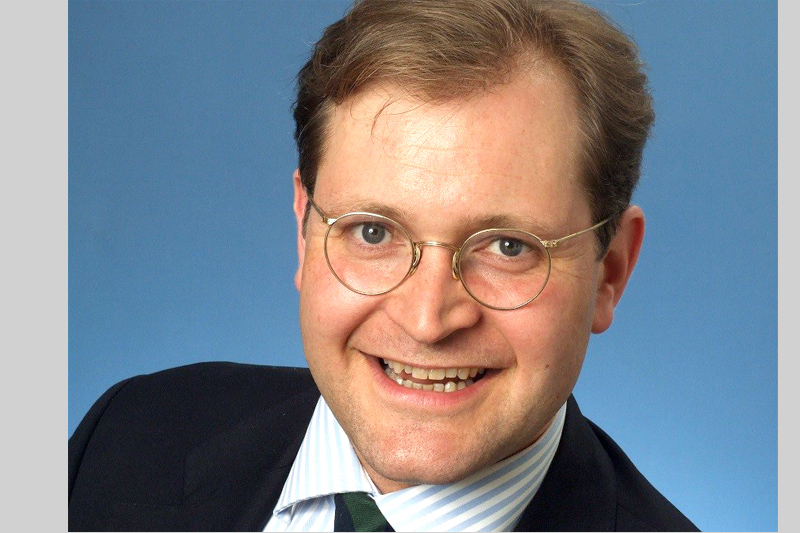 Christian von Gehren, born 1972, comes from a German-Danish background and studied at Staatliche Hochschule für Musik Karlsruhe and Det Kongelig Danske Musikkonservatorium Copenhagen in the main subjects conducting, piano and musical theory. He obtained his diplomas with honours at both academies. His conducting teachers were Wolf-Dieter Hauschild and Michel Tabachnik.

From 2001 to 2003 Christian von Gehren was Musical Director at the Opera Leipzig. In this period he restructured the opera’s ensemble and performed in addition to the standard opera repertoire Mendelssohn’s only opera “Die Hochzeit des Camacho” with the Gewandhausorchester Leipzig in a concert version. This rediscovery had a great acclaim in the musical press and was broadcasted by the Berlin radio Deutschlandradio Kultur.
Since 2004 Christian von Gehren has been working as guest conductor in many European countries and has appeared with orchestras like Malmö Symfoniorkester, Munich Radio Orchestra and with opera theatres like Dortmund and Thessaloniki.

In 2005 he conducted Bohuslav Martinů’s opera “Greek Passion” in a production of the Royal Opera House Covent Garden in Brno/Czechia. For his conducting Christian von Gehren was named Conductor of the Year by the Czech Critics. From 1999 to 2007 Christian von Gehren had a close collaboration with the Bregenz Festival: He conducted the Vienna Symphony Orchestra in productions like Puccini‘s “La Bohème“ and “Tosca“. In 2007 he also conducted a concert with the Vienna Symphony Orchestra in the Konzerthaus Wien. At the age of 21 Christian von Gehren made his debut as an opera conductor with Carl Maria von Weber’s “Der Freischütz“ at the Zwingenberg Festival. Still being a student he started his conducting career and was as Korrepetitor und Assistant Conductor to Ulf Schirmer working with the Danish National Radio Orchestra Copenhagen and at the Bastille Opera Paris. He also was Assistant Conductor to Heinz Fricke, Michael Schønwandt, Marcello Viotti und Alberto Zedda. As a pianist he accompanied the Master Classes of Renata Scotto and Christa Ludwig as well as numerous Lied recitals.

Further engagements brought him to the Symphony Orchestras in Copenhagen, Aarhus and Aalborg, the Schleswig Holstein Music Festival, the Hessisches Staatstheater Wiesbaden,to the Operas of Copenhagen, Montpellier and Nizza and during a longer period of cooperation to the Opera Marseille. From 2000 to 2003 Christian von Gehren was Musical Director of the CNIPAL Marseille, the largest Opera Academy in France.

Since 2009 Christian von Gehren has been the Musical Director of the “Orff-Akademie des Münchner Rundfunkorchesters“ and since 2010 conducting at the Carl Orff Festival Andechs / Bavaria. In 2011 he conducted a CD-production of “Sommernachtstraum“ by Carl Orff which was highly acclaimed by the critics.

In 2011 Christian von Gehren conducted “Carmina Burana“ and “Die Kluge“ at the Carl Orff Festival. This collaboration continued in 2012 with a new production of “Die Bernauerin“ and again “Die Kluge“, followed in 2013 by “Bernauerin“ and “Carmina Burana“, in 2014 additionally by “Catulli Carmina“. In 2015 Christian von Gehren conducted “Der Mond” and “Astutuli”. 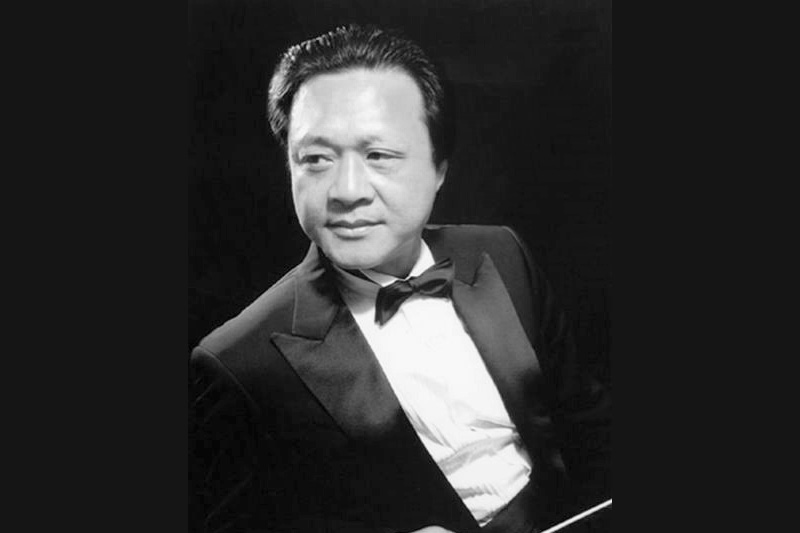 Xu Hong is the permanent conductor of the National Orchestra and the current conductor and deputy head of the Anhui Symphony Orchestra. He is member of the Chinese Orchestra Alliance. He is awarded by Anhui province as one of the top notch talents in six different categories. He holds the first level of command. 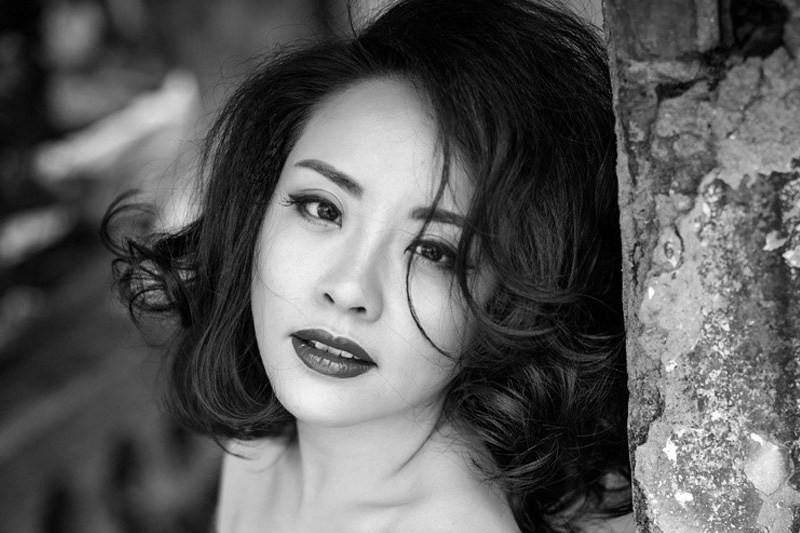 Zhang Weihong is a female soprano, born in Wenzhou, Zhejiang province. She studied at the East China Normal University and moved to Germany in 2004 in order to pursue advanced studies in classical music. She majored in Opera at both the University of Music and Theatre Leipzig and University of Music Würzburg.

During her time in Würzburg, she studied under the guidance of the renowned female soprano, Cheryl Struder. Zhang Weihong starred in the leading female role of Don Anna in Mozart’s opera Don Juan, as well as the leading female role of Ann in Stravinsky’s opera The Rake’s Progress. Furthermore, she frequently participated in large-scale concerts, including the Mercedes Benz Christmas Concert. As the only solo singer of the Brandenburg Open Air Symphony Concert, she performed selections from Dvořák’s Rusalka. This June, Zhang Weihong made an especially successful appearance in Berlin at the Kammeroper Reisberg Summer Music Festival by impressing her audience with selections from Puccini’s opera “Madame Butterfly”. Among numerous positive reviews, one local daily newspaper praised her performance with the following words: “The Chinese female soprano Zhang Weihong also masters the art of high notes as she demonstrated on stage as the Butterfly”. Yang Luo, born in August.1989, China, was accepted by the Voice Department Nanjing University of the Arts as an undergraduate student under the “Special talented Student” category and graduated in 2012 with the highest score among all the voice students of the department. 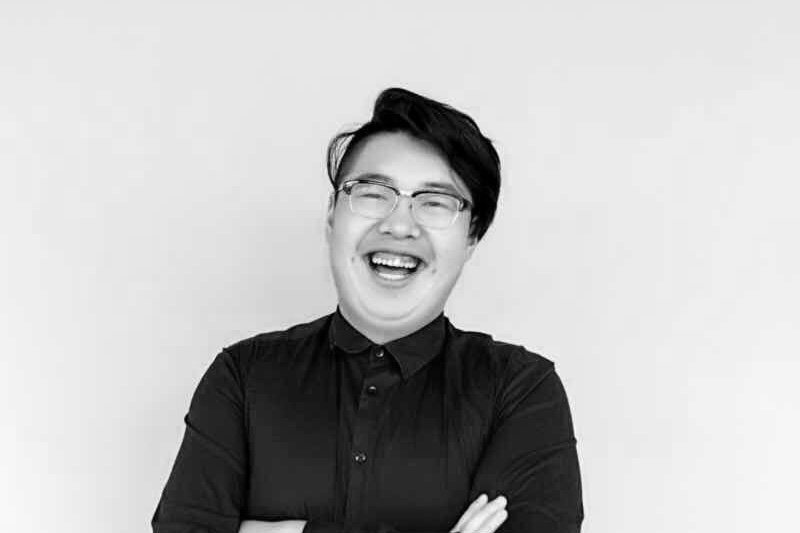 Fu Han majored in vocal music performance at the East China Normal University in 2004 and studied from Professor Cao Jin. In January 2014, he accompanied the departmental choir to the University of Cincinnati for an exchange performance. In March 2014, he participated in an art song master class taught by Ulrich Eisenlohr, the Art Director of the Cologne Music Institute in Germany. In 2015, he represented East China Normal University at numerous art and cultural exchange events, including “Night of Hong Kong” in Hong Kong. 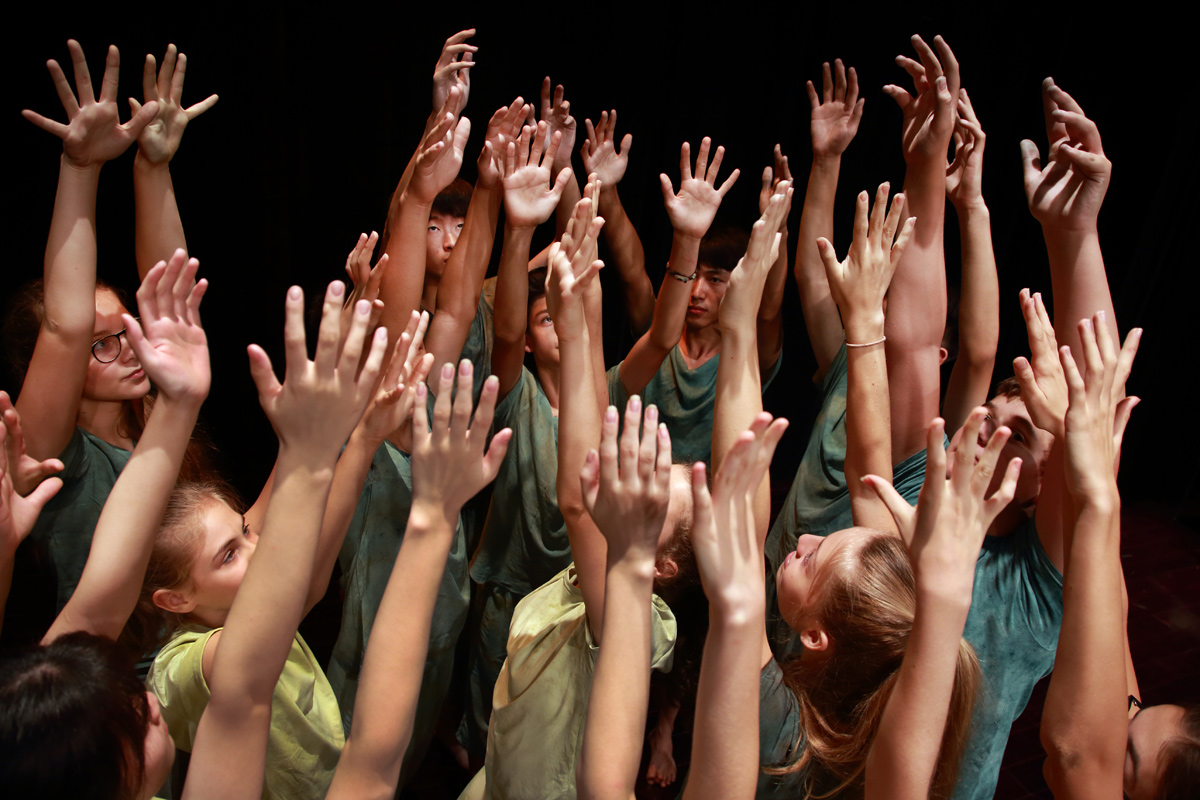 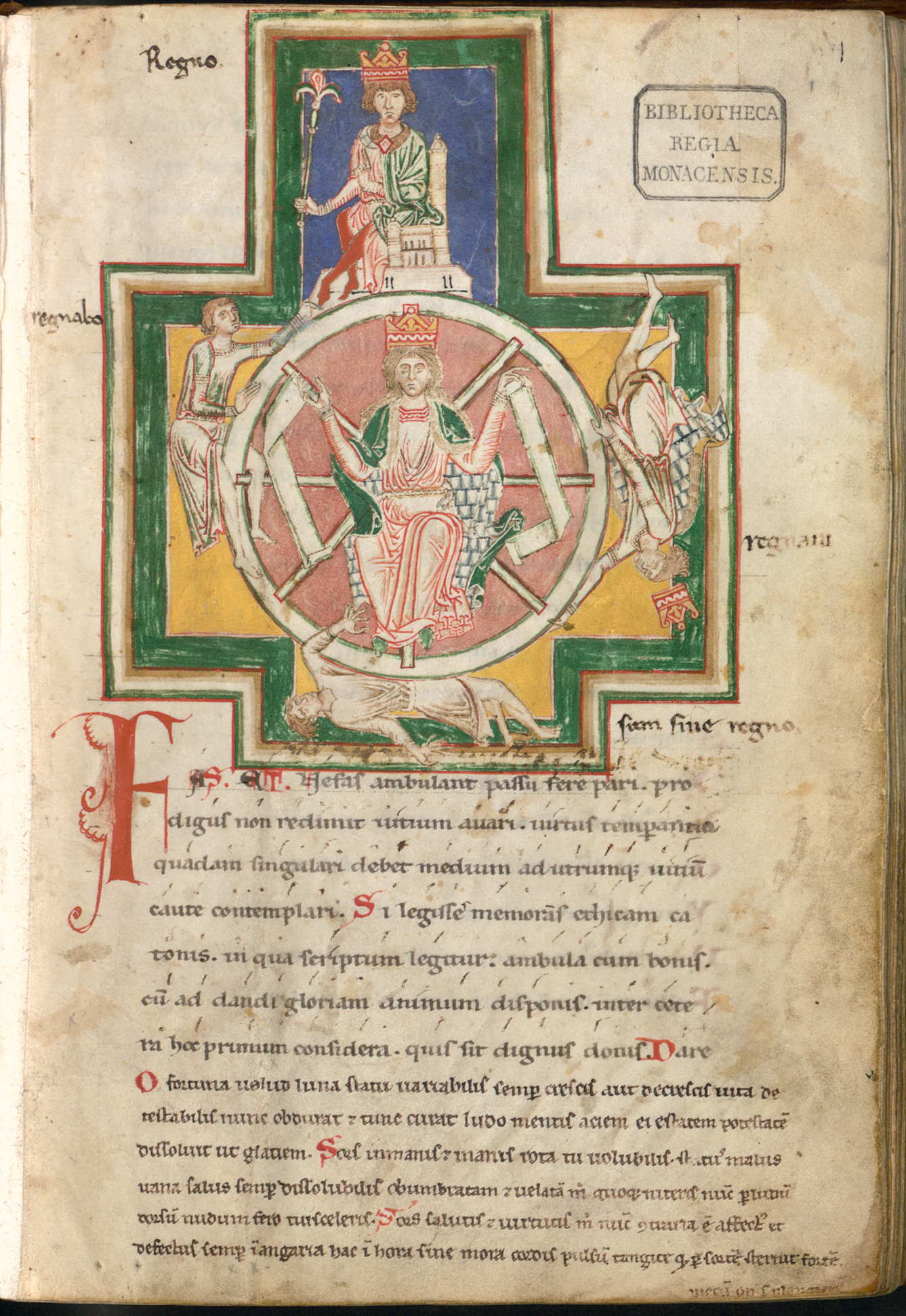 Carmina Burana (/ˈkɑːrmᵻnə bʊˈrɑːnə/, Latin for “Songs from Beuern”; “Beuern” is short for Benediktbeuern) is the name given to a manuscript of 254 poems and dramatic texts mostly from the 11th or 12th century, although some are from the 13th century. The pieces are mostly bawdy, irreverent, and satirical. They were written principally in Medieval Latin; a few in Middle High German, and some with traces of Old French or Provençal. Some are macaronic, a mixture of Latin and German or French vernacular.

They were written by students and clergy when the Latin idiom was the lingua franca across Italy and western Europe for travelling scholars, universities and theologians. Most of the poems and songs appear to be the work of Goliards, clergy (mostly students) who satirized the Catholic Church. The collection preserves the works of a number of poets, including Peter of Blois, Walter of Châtillon, and an anonymous poet, referred to as the Archpoet.

The collection was found in 1803 in the Benedictine monastery of Benediktbeuern, Bavaria, and is now housed in the Bavarian State Library in Munich. Along with the Carmina Cantabrigiensia, the Carmina Burana is considered to be the most important collection of Goliard and vagabond songs. The manuscripts reflect an international European movement, with songs originating from Occitania, France, England, Scotland, Aragon, Castile and the Holy Roman Empire.

Twenty-four poems in Carmina Burana were set to music by Carl Orff in 1936. Orff’s composition quickly became popular and a staple piece of the classical music repertoire. The opening and closing movement, “O Fortuna”, has been used in numerous films.